SCS Software has released their 1.39 update for Euro Truck Simulator 2 after weeks of open beta. This update brings many changes to the map, new trailers and new UI designs. Unfortunately, it's unlikely for TruckersMP to be updated for some time as per past updates but we can hope for a release soon. 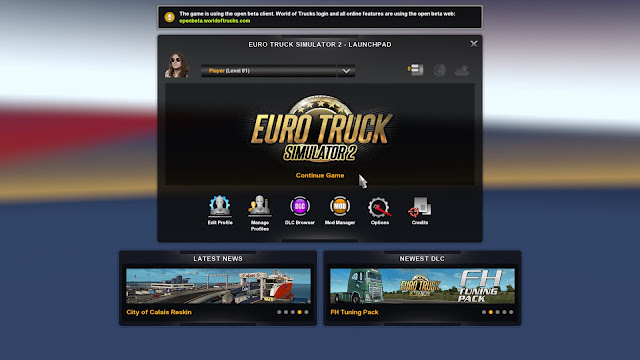 There has been a launchpad update, the UI has been redesigned in a way to give SCS Software a pathway to future features accessed via the launchpad. Profiles now affect all of the buttons at the bottom of the launch and you can customise your experience depending on what profile you use. You can also access the profiles game options directly from the launchpad instead of having to load all the way into your profile to change one setting. 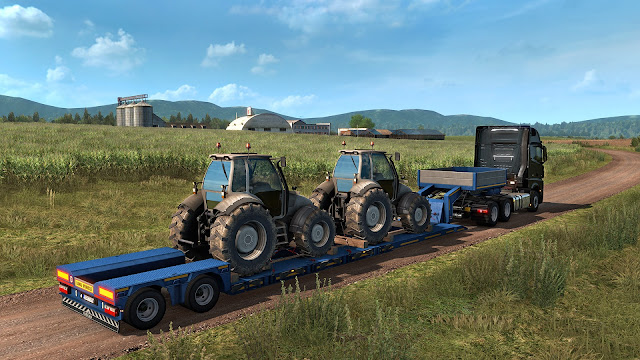 In the latest update, you can now purchase low-bed and low-loader trailers with options to customise these trailers by changing their colours, the trailers can be used in an array of different jobs from the base game to DLCs like High Power Cargo Pack and Heavy Cargo DLC. These trailers come in two main versions, short and extended and also come with customisable chassis which can affect who your heavy cargoes perform. You can also tune the trailers up from the colour, rear bumpers, banners, markers, lights, ramps, side protectors, side/toolboxes, beacons, strobes, mudflaps and more. This change has allowed purchase low-bed and low-loader trailers to be purchased as part of the base game and Schwarzmuller DLC. You can even use your own trailer for Special Transport jobs. 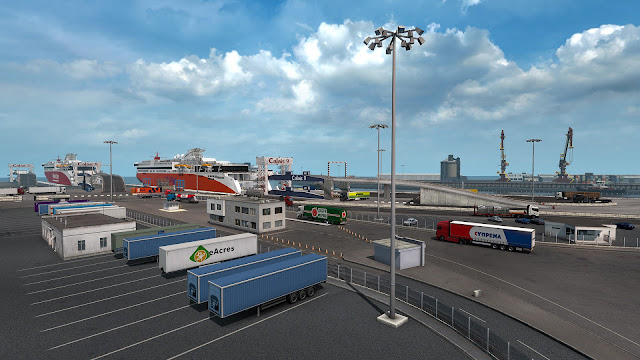 The Calais has we know it has gone! It has been reskinned in this update, this city hasn't been reskinned since the Euro Truck Simulator 2 released. The city has had most of it's traffic lights removed and the city modernised. The motorway heading in Calais has changed adding barbed wire to the sides of the motorway and the port giving it a similar feeling to the real Calais. The motorway now heads directly into the port where it has been massively increased in size, you will now have to pass through border-crossing to head into the UK. This update brings the Calais Port more up to date with real life.

You can read the full article here.